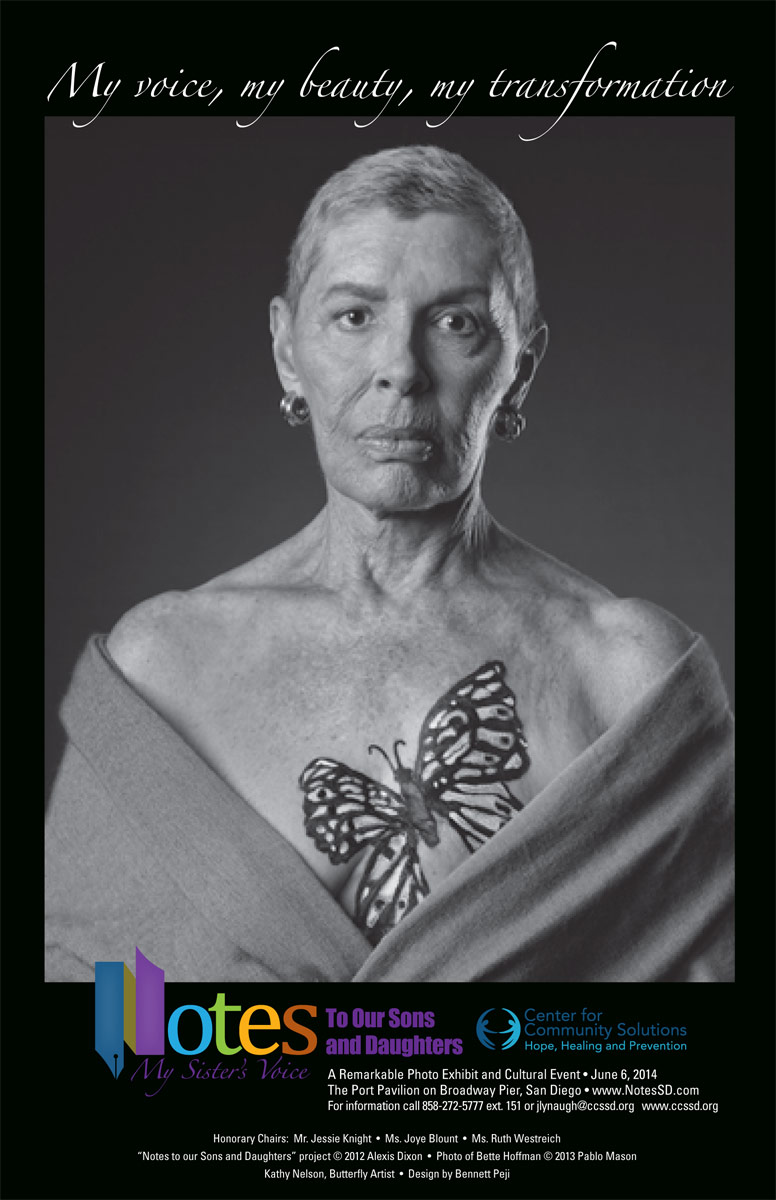 This stylized black and white photographic exhibition featured forty inter-generationally diverse women emphasizing their life’s journey and wisdom they have gained along the way. Photographs accompanied a “note” from each person, elucidating a life lesson important enough to be passed on to the next generation, our “sons and daughters“.

The exhibition will be a fund-raising exhibition benefiting Center for Community Solution (CCS)http://www.ccssd.org/, a local non-profit organization

Though I have never met Malala Yousufzai, this 14-year-old Pakistani girl is both part of my family, and yours. Last October, while traveling to school, this young advocate of universal education was shot in the neck and head by Taliban gunman.

After being critically wounded, she was hospitalized in Pakistan and then England. As Malala recovered, far from being silenced, her voice was amplified and heard around the world.

Because of an act of barbarism, we now know of Malala’s courage, her determination, and her embrace of knowledge over ignorance.

Islamic clerics have condemned the attack. The United Nations has taken up the cause of children’s education. Malala has appeared on Time magazine’s list of “The 100 Most Influential People in the World” and has become history’s youngest Nobel Prize nominee.

I was moved by Malala’s story. The power of her message left me wondering: Why do e so often ignore the voices of girls and women?

This project, “My Sister’s Voice” provides a space where the voices of women and their invaluable and necessary contributions to our common humanity can be heard. On their faces, we can glimpse the wisdom they’ve gained from life. From their thoughtful observations, we, all of us, regardless of gender, are invited to a greater understanding of our shared humanity

Stepping outside our limited backgrounds, opening our eyes and ears, we can see and hear women from different nations, impact society on multiple levels, and represent diverse points of view. For all their differences, though, they are united on a fundamental level:

These are our sisters. Their issues are our issues and, as Malala reminded us, our world desperately needs to hear their voices.

“Notes to our Sons and Daughters” project, © 2012 Alexis Dixon